The fact was that the Staff were uninterested in exploring anything

other than signing off their end of term reports.  They were not

Their charges were of an age which displayed other concerns.  Perhaps

this was owing to maturational unpreparedness, or, as the enthusiasts

for enlightenment felt, it may have been because of a lack of education.

Whatever the reason(s), the boys seemed, on the whole, happy to assign

themselves to the male gender.  And, although they had been deprived

What are little girls made of?

Sugar and spice and all things nice…,

they intuitively accepted that they were composed of rats and snails

and puppy dogs’ tails.  They knew that was the case, as the little girls-

if not the Bible-told them so.  They behaved accordingly in the school

yard, changing rooms and playing fields.  If anyone cried, he was a

But now such cruelties were being challenged by PSE teachers, some of

whom had been ‘blubbers’ themselves.

(Yes, Dear Reader, it has always been a cruel world.)

Occasionally one or two pupils had explored their sexuality under cover

of darkness, but Matron merely arranged for their sheets to go to the

laundry a few days earlier, and nobody said a word.

Believe it or not, some boys had even had a passing crush on Mr

Snodbury- not that he had ever noticed.  Perhaps they had mixed up

their enthusiasm for cricket, with the Master who supervised them at

John Boothroyd-Smythe, at least, had an inkling (very CS Lewis noun) of

what the fuss might be all about.  Remember that his older sister, Juniper,

had been diagnosed (by whom?) as gender-fluid.  John had mixed this

term up with Jeyes Fluid, which was something that his mother had used

to scrub the patio, so no wonder he had been confused.

Anyway, Juniper was expressing all that fluidity by sublimating it and

creating installations of an international rating while in her final years

at Glasgow School of Art.  Not for her any cliched phallic symbols, or womb-

like apertures in sculpture.  Oh no, she challenged assumptions

about the male/female brain.

One of her latest works had been accepted for the Venice Biennale.

She had moulded two fibreglass figures: one male; the other female.

Then she bought an old couch from a re-cycling centre. The male was

recumbent on the sofa, in front of a defunct television ( also from the

same site.) The female had an over-sized remote in her hand and was

(Juniper had had the fake device cast at a local blacksmith’s, but he had

shared none of the glory. That was because he was a craftsman and

not an artist.  There seems to be an aesthetic distinction, Dear Reader.)

The title was: Untitled, even though her tutor had advised something

about disempowerment gaining strength, or the worm turning.  Juniper

felt that a work of art should speak for itself, even if most were silent.

So, on this day of exploration, the school kitchen entered into the spirit

of the occasion, as keenly as boy bishops had embraced a day of misrule.

To Mr Snodbury’s chagrin, Spotted Dick and other meaty favourites were

‘off‘ menu. Themed sandwiches and labelled salads were on the

Gus stood perplexed at the counter.  Usually, he didn’t have to make a

difficult decision.  The queue was building up.

Oh, I’ll have one of those bacon, lettuce and tomato sandwiches, he

addressed the girl (but was it a girl?) behind the serving hatch.  He

The breezy reply was : Oh no, sir, it’s nothing to do with lettuce etc; it’s a

Lesbian, Bi and Trans versatile brunch snack.  You should try something

new every day. The ‘g‘ doesn’t stand for ‘gherkin‘ or ‘garnish‘…

Yes, men can have eggs too, smiled the girl.  Seahorses… 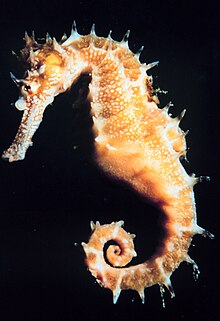 Nigel was behind him in the queue.  He indulged in no prevarication,

but merely placed a mini-salami on his plate, without a word.  He

eschewed salad, as he wasn’t over-keen on cucumber, or it wasn’t keen

on him.  He could never remember which way round it was. His mum

That’s not much, cautioned the girl. Would you like an ACDC apple cake?

You’ve got to keep your strength up now that I hear you are to be married.

Nigel ignored the latter part of the dialogue.  He simply asked for

clarification as to the dessert.

Okay. Thanks.  He blushed to his specially worn pink socks .

To cover his embarrassment, he turned to the PE teacher behind

him. What are the lads doing after lunch?  It must be difficult to theme

Well, we thought we’d do a spot of orienteering, Dave winked.  What are you

Just exploring cross-dressing roles in Twelfth Night and the like, Nigel

Fascinating, said Dave, whose eyes were riveted on the turnovers.  Hey,

can I have two , please?

Some people are just greedy.