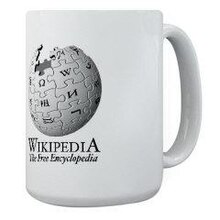 It was the June edition of The TES.  He had managed to survive

for nearly forty years without having opened its covers. On this

occasion, however, he had completed all the crosswords in other

publications, so he took a look at the editorial.

Could the old hands be the Saviours of Schools? ran the

Snod had no wish to take on the mantle of a Messiah.

people from other professions into schools, in a quest to

elevate the status of teaching and to ease staff shortages.

Gus slurped some lukewarm tea.  A second profession! he snorted.

yet.  It’s all right for them to bang on about people being at the height

of their powers and having energy, imagination and further capacity for

work.  They should try having 2C on a Friday afternoon for a double.

He continued to read about ‘the dormant talent between retirement

and the Pearly Gates.’  He nearly had a heart attack.  Or was it the

after-effects of too much steamed pudding and an inactive lifestyle?

Whatever.  He had no wish to join a ‘crack team of creaking

interesting educationalists‘- not now, nor in the future.

There seemed to be other riveting reads lying on the table.  He picked

one up: Life at the Chalkface by Mike Kent.  The author claimed to have

and challenging post, or series of posts.  Snod wasn’t going to spend any

time finding out the details.  The only semi-interesting snippets appeared

to involve a description of a fight between parents at a school play. (Well,

Gus had experienced that scenario on many occasions.)  There was also a

compelling account of pigeon infestation in a school roof.

Snod wouldn’t have thought there was anything endlessly fascinating about

either of those incidents and, if that was the best the author could offer by

way of entertainment, then, frankly, he should have got out more, or perhaps

have got out of teaching.

Having started flicking through the publication, Snod felt that he should finish

and so he picked up on a remark by Prof Engelmann.  Here was something

with which he could concur:

Teachers should be consumers of curricula, not their designers.

Precisely.  As Dr Johnson said, if one knew where to find knowledge,

it circumvented the need to carry it around in one’s noddle.  If young

newly-qualifieds wanted to generate masses of worksheets, then let

If Snod could pinch someone else’s lesson material, then all the better.

He would then have time to do something more important, such as watching

As for taking failing children into a summer school for extra tuition, it would

be over his dead body- perhaps literally.  If the Baroness thought that retired

diplomats and business people were going to flock into schools, carrying a kind

of authority that- sadly- teachers did not possess, then she was deluded. He threw the magazine onto the floor and sighed.  It’s as John Cleese said

in his role of Head Teacher, Brian Stimpson:

‘It’s not the despair… I can take the despair.  It’s the hope I can’t stand.’

Perhaps Snod was exhausted by the Summer Term, but teaching for him

was increasingly like the exam season for Tom Bennett.  And the latter

time as wanting it to be over.

But perhaps the Baroness had been spared such experiences.