away from Joe Public, but even with a howling gale blasting in from

The Bass Strait, there is the eternal shrill whine of children whose decibel

level outperforms the crashing waves and predatory shearwaters. Once

placated by a cuddly toy penguin, however, the juveniles are generally

benign, unlike their adult counterparts who simply will not obey rangers’

instructions and whose attention span seems limited to one advance

by a single cohort of fairy bands of brothers before they have to stand up,

trying to avoid the unwanted attention of a sea eagle, or a fox, but which

ends up mating under spotlights, beneath the boardwalks, to a perpetual Mediterranean passeggiata, except that those on the fringes do not

usually get picked off – or do they?

The whole ambience recalls accounts of the fulmar-dependent,

indigeneous people of St Kilda.  No doubt the mutton-bird eating

Bunurong would have had heaps in common with the original

inhabitants of the Scottish archipelago, although the Bunurong

had not been planted on their terrain, but were the supplanted.

Mind you, the Koolin people sounds rather like the Cuillins, don’t

I’m ashamed to say that I didn’t savour a short-arsed shearwater,

or whatever the mutton-bird is.  I preferred the duck confit at Port

Those of you who have been questioning whether I have morphed

into a fully-formed Sheila yet, might be better employed rating my

surf babe status.  Forget The Husband.  The only thing he surfs is

the internet.  As for Rip Curl experiences, he is more into those of the

Rip van Winkle variety.  Or Lip Curl, when he comes across snippets of

his fame being promoted over this site.  (He can be as desultory as

that lone wallaby that hopped across the dusky beach last night,

We stayed over at Surf Beach in a house on stilts, all weather

boarding and corrugation.  The walls were decorated with a Howard

therein?  He actually only got the job because someone mistakenly

thought he was a journalist.  I felt a bit of a fraud myself.  But now

that I’ve heard of stabmag.com, I feel that I have some beach cred.

I might even get The Husband some Board Shorts.  Apparently, Life

is better in them.  The guys in the adverts seem to prove the point.

World’s Strongest Leash, a one piece leash technology.  Might just

keep The Husband from wandering off towards the wine aisle in

Even the reading matter was connected to the ocean and Night

Surfing was the only novel on view.  The blurb confided that it was

about a wave that arcs so high it drops down the sun, stars and

moon from the sky and turns day to pitch.  Hannah is a drop-out

who wants to learn to walk on water and Jake has been a dustman,

or re-cycling engineer, from Liverpool, but he dreams of surfing the

night.  Presumably he has had a shower first.  He has demons of his

own.  Let’s hope that Hannah exorcises them.

Right, enough of those barbed comments, as prickly as the fins on the

I did enjoy leafing through Tracks: the Surfers’ Bible– the next best

You see, I had never heard of grippin’ the lip; surfing in Namibia- I

thought it was all desert dunes.  I thought Roll out the Barrel was a

1940s song by Lew Brown and nothing to do with tides and waves.

Painting zebras on a wall sounded artistic to me, something like

Hoovering through the slob sounded like clearing up after the

kindergarten kids had gone home.  And I had never heard of

films such as Sojourn, a surf film about Sumatra, with David

Rastovich.  I really must have been up a gum tree!

Oh, wait a minute!  It’s hovering through the slob.  It’s all this

being on the road.  I’m turning into an ultimate gypsy like Creed

McTaggart.  That’s a different creed from the one I know back

home and which I can recite by heart on Sunday mornings.

Okay, so he’s known for his sunglasses and criticised for faux

surf celebrity; I’m known for my hats and…

I’m morphing into something.  It’s Travel.  It broadens the mind,

as well as the behind. 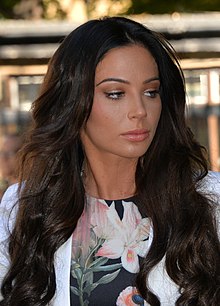