Sonia and Ginevra had decided to watch Maggie’s funeral together, even

although they had been of opposing political stances.  However, both

agreed fervently on one fact: that she had had what some unsavoury

They settled into the chintz armchairs, put their feet up on the matching

In my younger days, I would have jolly well gone up there and routed anyone

who had the bad manners to express any opposition on such a day, avowed

Ginevra.  I would have clouted them with my handbag.

And got yourself arrested, sighed Sonia. But I agree that empty vessels make

Yes, the Queen wouldn’t stand back in deference to any of them, stated

Look! There’s Simon Weston!  He lost most of his face to the Falklands cause

and he is not eaten up with bitterness and pointless hatred, is he? remarked

They say it is about class, but she was a grocer’s daughter and she made her

own way, so I applaud her for that.  And she won three elections in a row..

Well, let’s not go into that, advised Sonia, who hadn’t voted Tory on one achieving anything? observed Ginevra.  She thought that the old boy

would definitely be ready for a drink afterwards.

And so it continued.  They were concerned for the horses and for the

might not make it.  They applauded Amanda Thatcher’s dignified

behaviour, her nice legs and expressed their disapproval of Pippa

Middleton, in contrast. I think that was the gin’s influence, as she did

not appear to be present.  A pity as she might have picked up some tips

on how to run a good event. 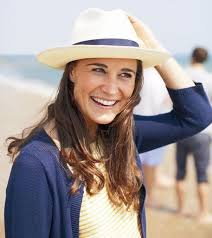 They wiped away tears with Sir Bernard Ingham and George Osborne

and commented on Sam Cam’s pussycat bow, prophesying a return to

Sonia dared to question the unfair political advantage that David

Cameron might have gained from the reading. I am the way, the truth

and the life was stated forcefully, but he may have been lent a nimbus

trays with plates of toast and pate at one o’clock precisely.

What kind of pate is it? queried Ginevra.

Oh no.  Take it away.  Bring us that salmon one instead.  Ginevra

could be bossy and demanding- possibly a little Iron Ladyish herself.

But what wrong with it?  You usually like it, responded Magda, who

could stand up for herself.

The Bishop of London said that he had been advised not to touch it;

it has too many calories, Ginevra elucidated. Anyway, I suddenly

fridge when I saw the Scottish First Minister.  The camera zoomed in on

him when they sang about ‘That Other Country..whose paths would be

Okay, I go to find it, Magda said, thinking that she would probably eat

She returned with the substitute in a few seconds.

It had better not be Sturgeon pate, laughed Sonia, who was fairly

It’s another fish, explained Ginevra.  Not such a clever lady, So why did you give this Maggie lady such a lot of attention?  I never

heard of her, asked Magda.

Because she was a dreadnought amongst a fishing fleet, as somebody

quoted today, explained Ginevra.  You had Lech Walesa; we had

Maggie Thatcher, so put that into your salmon pate and smoke it!

No, corrected Sonia: we had John Major.

That reminds me, Ginevra changed the subject whenever she was

exposed as misinformed, there might be some curried eggs in the

Sonia laughed, but Magda didn’t get the joke.  (She found the eggs,

Could these apparent non-sequiturs be an exhibition of confusion?

She would ask the lady at the agency.  Maybe the two old girls were

both -how do you say it?-Ah yes, bonkers!

Meantime, toast and duck pate: quite a nice little lunch.