Can you imagine the comments Shakespeare might have made on his

pupils’ chapbooks, or whatever they wrote on? Nigel was warming to his

theme, but Snod was noting something down in his staff planner.

Do you know, he said, not apropos of the current subject, I have noticed

that for every packet of Custard Creams in this staffroom, there are two

packets of Bourbons?  It is simply not good enough and I intend to note

it in the comments box regarding the kitchen staff appraisal.

He ate the biscuit in one bite and, showing that he had been listening

filling in their crossword, or scanning the latest hot racing tip, he added:

The Bard may not have used red ink, but he would have dipped his quill in

vitriol, no doubt.  He was the master of the put-down, after all.

‘You scullion!  You rampallion!  You fustilarian!  I’ll tickle your catastrophe’.  That

used to be one of my favourite quotations.  It used to quieten the Lower School

rather well. Another good one was : ‘Methinks’st thou art a general offence

and every man should beat thee.’

He took a sip of stewed tea.  Just the way he liked it.

Nigel’s smile faded.  But we are not permitted to write such comments now,

or to make threats, he reminded himself, as much as his colleague.

More’s the pity-no! said Snodbury, reaching for a Jammie Dodger, which didn’t

feature highly in his list of favourites.  The goo tended to stick in his dentures.

The heart shape in the middle was unmanly, he thought.  Nevertheless..

On a scale of 1-5, Nigel might have to rate Snod as a 1 for Pastoral Care.

He could hardly vouch for him by writing on his appraisal form:

Every wretch, pining and pale before,

Beholding him, plucks courage from his looks:

His liberal eye doth give to every one..

Maybe it would be more honest to pen:

a candle, the better burnt out.

But what if Snodbury were to write on his:

You botcher’s apprentice or You shallow vassal?

Maybe they could prop each other up and Snod could write

A sweeter and lovelier gentleman,

Framed in the prodigality of nature,

Snod stood up first and, collecting his weary pile of paperwork, made

as if to leave the staffroom.

Next Friday, periods 2 and 3 all right for you, Milford-Haven?

tooth and claw.  With a heavy heart he noted down his nemesis in his

As Snod opened the door, he turned on his heel and in an oracular voice

he addressed the empty (save for Nigel) staffroom:

They have tied me to a stake; I cannot fly,

But bear-like I must fight the course.

Amen, replied Nigel, deeply affected, and added, under his breath,

lest the staffroom be bugged, something which he felt was personally

O limed soul, that struggling to be free

And taking the last Garibaldi, he took up his burden of marking, like Christian

he took his solitary way. 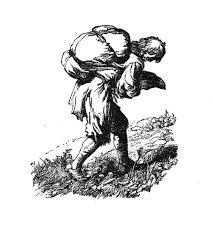