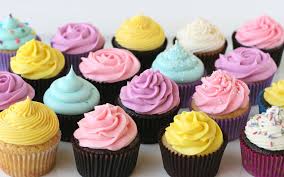 Juniper Boothroyd-Smythe was in trouble with her Form Mistress at

St Vitus’ School for the Academically-Gifted Girl.  She had been

break.  The child had practically achieved ownership and had actually

licked her index finger and had pressed it into the icing, but to no

avail. Rank and age had been pulled.

Drusilla Fotheringay-Syylk was not amused.  She told Juniper that she

detention, which she would have to supervise, much to her

annoyance, as there were no other delinquents in the Staffroom

Well, she thought, that’s because no one

wants to have to sit in that stuffy room at the end of the school day.

However, self-gratification over altruism, as she lectured Juniper,

was something up with which she and the school would not put.

(She thought  that she had avoided a final preposition in that

And in that self-congratulatory mood, she found it incomprehensible

to accept that any pupil of her esteemed educational establishment

should so discard the rules of civilised communication that she could

submit a document of such superlative impertinence. What was the

meaning of the following?

wanted it instantly, just like our Mother Monster, Lady Gaga, whose

whims have to be indulged immediately, if not yesterday.  She lusted

Luckily for the school, my cravings are not in the £40,000 koi bracket

as hers are, and I don’t really fancy Japanese pond life.  So, all you

first years are usually safe around me.

My selfish gene controls me.  You just have to ask Richard Dawkins

why.  I was just Born This Way.

Talking of carp, let’s hope that this shuts up the nagging member of

staff.  I bet she wouldn’t reprimand Kate Middleton if she were to

snatch a cupcake before some minion in a Garden Party line-up.

Okay, the Duchess has admitted that cupcakes are her pica of the

moment, but why doesn’t she lick a lump of coal, or eat a bar of

soap like ordinary expectant mums? It appears that she is following

the social trends of her sister.

Admittedly, I am not pregnant, but it had been a long time since

enough to cause uncharacteristic psychopathic behaviour- not

confined to the scientific one herself.

Sorry about the sugar heist, but accept this as an IOU in lieu of

assistance with your next difficult prep-so long as it is not Chemistry!

Drusilla felt that she was going gaga herself.  How could this dreadful

student think that this was an acceptable climbdown?  Did Juniper

would roll over and purr, no matter the disrespectful behaviour No, she would take this to Senior Management.  The girl might be

gender-fluid, but- was she a girl today?

plate with some childish offerings from Lower 2 or 3’s Food Tech.

project.  Staff had paid a couple of pounds towards some charity,

such as Anacondas in Adversity in order to have something to

accompany their break-time beverages.  Amid the crumpled cake

cases and crumbs there was one cherry-topped fairy cake remaining.

Without waiting for the kettle to boil, she stuffed the iced sponge

into her mouth, praying that whoever had beaten the mixture had

entered the kitchen, poured herself a mug of coffee which bore the

Where’s that cupcake? she asked.

at Juniper’s letter.  Mmmpgh! she said and ran out, clutching an

important folder of what anyone would consider to be marking, but

which was actually her downloads of promising summer holidays.

Maybe Juniper wasn’t the only one to have a selfish gene.

The Deputy Head shook her head.  Oh well, she observed: I was only

going to put it in the bin, as no one in their right mind would eat

anything concocted by Harriet Bogstruther in Lower Three G.

4 thoughts on “The Selfish Gene”