Off to lunch with Brassica and the two husbands.  Decided on The

Woolpack.  It is fairly local and therefore the males can free

themselves from their jesses, to adopt a falconry metaphor, and

can escape early in the afternoon, to watch both Six Nations rugby

The Woolpack.  Hmmm.  Isn’t that the stuffed seat in The House of

Lords which the speaker sits on?  In the fourteenth century,

Edward III thought that if his Lord Chancellor sat on it in council,

then it would remind everyone of the importance of the wool

horsehair.  So, our present equine scam is not the first.

But, as Brassie informed me, we were not going to The Woolsack.

There is a difference between sacks and packs?  And padding/

Being a convert to the revived craft of knitting, she told me about

The Fleece and Fiber Sourcebook by Dorothy Robson, which

features more than 200 animals and their fibers.

(Don’t you just hate American spelling?  I mean over here.)

that I eat to prevent bowel cancer.  It’s quite edible with

supplementary prunes, but I digress.

All this spinning and toiling; it’s not Brassie’s usual

bent. Well, apparently fibres can be removed and spun from

camelids and vicunas, whatever they are.  She will probably knit

me a scratchy scarf for my birthday.  Lucky me.  I suppose I can tell

her that I’m allergic to lanolin.

Game, indigestion or not.

For this was serious. No, it wasn’t a competition to trial

individuals, to see them showcase their personal

fitness, by rushing up and down 1:4 gradients with a stuffed sack

on their backs, as is an annual tradition in Gemau Byd

But, look you, the Italians might as well have been bulky bales, as

evidenced by their subsequent complete trouncing. Maybe the weird

Celtic training has come in handy.

You know, I said.  I always get mixed up between woolpacks and

woolsacks.  Wasn’t The Woolpack a fictional pub on Emmerdale?

Yes, replied a Husband, but I don’t think the one we are going to

today is run by anyone called Chastity.

Husband 2, emboldened by the sarcasm of Numero Uno, and slightly

edgy in case he missed the first few minutes of the match, added:

Yes, you wouldn’t want to patronise that particular hostelry, as in

Warming to the theme of carnage, the other offered more dramatic

detail than was probably in the original series, which wasn’t too

Yes, in 2003 it was struck by lightning and a chimney fell down and

(These chaps seem to have retained a lot of televisual, nay, soap

operatic facts.  Maybe it is because they have slouched around for

decades, watching everything and anything that pops up on the

Should we be going to a pub with the same name? asked Brassie

Don’t be superstitious, I interjected.  There are thousands of pubs

called The Woolsack -I mean Woolpack.

Brassie was worried that her GPS might be confused.  Her

of an inner compass.

Cosmo, her husband, laughed. Well, even you can’t drive to The

Woolpack in the Berrima district of Australia.

Why are you mentioning that one? I asked.

Oh, the barmaid identified a serial axe murderer- a bushranger,

Cosmo! You are putting me off my lunch! implored Brassie, driving

a little erratically, even for her.

But it didn’t put me off mine.  Afterwards I kept thinking about

sheep terminology and Shakespearean quotations, such as wooly

breeders and eanlings and tainted wethers of the flock.  Good old

When the guys were watching the matches-plural!-I looked up

some sheep terminology, just to have something useful to do.

I discovered and immediately liked the graphic New Zealand

expression, Rattle your dags! which basically is a rude way of

inviting someone to be less dilatory.

(Dags are the bits of unmentionable which attach themselves to

the fluffy hindquarters of sheep.)  Probably the New Zealand rugby

team are familiar with this exhortation.

And, having over-eaten at The Woolpack, I could imagine being

described as callipyge: apparently this refers to a natural genetic

Alternatively, or additionally, maybe I was falling into the category

of a riggwelter.  This is a sheep that has fallen on its back with its

feet stuck in the air, demonstrating an inability to right itself

owing to its heavy fleece.

now I have consumed a bowl of handcut chips.  So, if I don’t want

to resemble a bulging woolsack, perhaps I should desist from

stuffing myself any further. 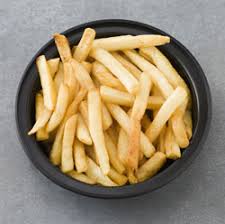 2 thoughts on “Rattle Your Dags!”