Scheherezade’s little sister, Isolde, was in trouble.  Alyona, the au pair, had returned  home for Christmas and it had only just come to Clammie’s notice that she must have been allowing the technological tot to play Friendship’s Magic on her iPhone.  Isolde was permitted to spend up to fifty gems- the game’s currency.  This would have covered playing with Rainbow Dash, but her pony bill was five hundred gems.  This was not My Little Pony as she had known it.  She would have to have words with Alyona on her return.

No, you are not playing Friendship’s Magic today, said Clammie firmly.

No.  Phone a real friend and not a virtual one.   This was only the start of the school holidays.

I’m bored, moaned Isolde.  What do you mean ‘real friend’?

Take your Twilight Sparkle unicorn and get Princess Celestia to tell her how to make real friends in Suttonford, rather than in Ponyville, said Clammie, in exasperation.

But Suttonford IS Ponyville, Isolde pointed out.

But, mum, Sonia is like Pinkie Pie.  She has Pinkie Sense and can predict events.

Maybe, but she doesn’t have a toothless pet alligator, does she? Clammie hesitated slightly.  She wouldn’t put it past the old girl!

And Candia has The Stare which she uses to intimidate other animals. Her husband is like Big Macintosh who speaks softly and looks slightly bored but accepts his surroundings.

The kid had a point, but she was being too forward.

And Daddy and me think you are like Sweetie Belle.

Yes, you always burn the toast and have disasters in the kitchen.

Right! That’s enough!  Go up to your room, young lady!

Clammie began to think that she had better put a stop to this unhealthy game.  She had read an article in a  magazine called Ms in the dentist’s waiting room –before the hygiene police had advised all such premises to be literature-free-in which a Kathleen Richter had accused Rainbow Dash of promoting the stereotype that all feminists were ‘angry, tomboyish lesbians’ and that the darker ponies were an underclass to the pale pony overlords.

On the other hand, a Lauren Faust had responded that Rainbow Dash’s sexual orientation had never been referenced in the show. She had asserted that the assumption that tomboys were lesbians indicated prejudice towards straight and gay tomboys.

And so it was that Clammie found herself in Costamuchamoulah, having a deep discussion with Mrs Boothroyd-Smythe as to whether Juniper’s gender-fluidity had been influenced by playing any Hasbro games.

She was heartened to discover that John, Juniper’s brother, had once reported that his form teacher, Mr Milford-Haven, also known as Caligula, had confessed to the scoffing class that he was a brony.  The boys had elicited that this meant that he was a fan and participant in Ponyville.  If a master of St Birinus Middle considered the activity educational and wholesome, then what had she to fear- other than the bill?! 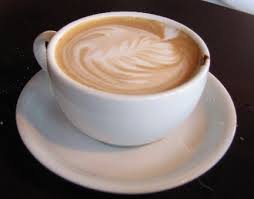 While she was draining her Mocha, she couldn’t help but hear some excessively loud speech and observed its accompanying outdated mannerisms.  My goodness, she thought, that’s just the typical Canterlot voice of Princess Luna.  The two little mincing girls with her were dead ringers for Diamond Tiara and Silver Spoon– the snobbish ponies who went to the same school.  The other woman was Trixie– the pony who referred to herself in the third person and tormented the locals.  Was this Art imitating Life, or vice versa?

There were several mares in a corner discussing the perfect stallion and what constituted a stud.  Sitting on the high stools there was the human equivalent of Zebra Zecora, the herbal healer and she was nose to tail with Nightmare Moon, who complained in every shop.

Must dash! Such fun!  she said, using a deliberate exophoric reference . Thanks for the chat.  By the way, I thought you were very good on Come Dine With Me.

She upset the milk jug.  Oh dear!  Was she really Derpy Hooves, the goofy, clumsy one?  There was something deeply philosophical and quasi-religious about Friendship Magic after all.  She must have further discussions about it with Apple Bloom, aka Candia, the Voice of Reason.