In the north rain; in the south: sunny.

Everyone is being urged to cease whining and to look forward to enjoying the great spectacle of the Olympics.  But the goodwill lasts for about two seconds and then someone phones in to Radio 4 to detract from Team Sky’s victory.  The Language Police can’t refrain from pointing out that the “p” in Champs Elysees is silent.  A better suggestion was that it should be re-named The Road to Wiggins’ Peerage!

Meanwhile the backlog of people requiring investigation for being illegally resident in the U.K. – criminals included- is equivalent in number to the population of Newcastle-upon-Tyne.  It may well be more efficient to round up all Geordies, starting with that annoyingly accented Ruth in The Archers. Cheryl Cole would be next.  Another on the list who never would be missed. She thinks she is worth it, but is she? Maybe the super-rich who have thirteen trillion hidden offshore could be persuaded to put their bodies where their money is, leaving space for those who have lost their pension funds.

I was watching Sophie Raworth, the newsreader, popping up in a fetching red dress and ballet pumps, all over Stratford – or virtually and graphically so.  We were being advised who to look out for in the coming weeks, but all that I could think of was how the Aquatic Centre looked like an architectural panty pad.

Impatiently, I flicked the remote.  There appeared Dan Snow, with his rower’s chest, stripping off his outdoor gear and racing up some chimney gully on St Kilda.  That was riveting eye-candy.

It was unfortunate that Phil Spencer came on next.  I immediately thought that you could call that a paradox.  I wouldn’t go as far as an oxymoron.   It was certainly unfortunate.  I couldn’t imagine him shinning up a literal chimney- not even if Kirstie had left her designer handbag on top of its cowl.  Anyway, what knight would want to risk derring-do for someone who appeared in a purple tie-dye marquee with a turquoise belt and puce espadrilles?

Normally I would have approved of Kirstie’s comfort in her own skin, but I did think that she must have scoffed rather too many cupcakes recently.

That left an Arena programme on BBC4 about the time that Amy Winehouse went to sing in a church in Dingle, some remote coastal dot in Ireland.  I expected Neil Oliver to pop up since it was his territory, as it were, and thought that he and Amy might have got on well. They could have stayed in and had a girlie night, backcombing each other’s hair.

Amy interviewed well, but I had difficulty with her diction when she was singing.  When clips of Mahalia Jackson or Sarah Vaughan were played, I understood every word they uttered.  It was sad when Amy sang about not wanting to go-o-o to rehab.

Also sad was the news report with the tragic weirdo in a ginger wig who had massacred all those innocent people in the cinema in Colorado.  I didn’t want to think about that too much before bedtime, so opted for Horizon and its exploration of sun damage on skin.  A glamorous female surgeon simply had to visit Sharm el-Sheikh, Berlin and Paris, to promote current research on care for our body’s biggest organ and to pick up a few L’Oreal free samples on the way.

I considered rushing out a.s.a.p. to the chemist and stocking up on their entire stock of anti-UVA creams, not to mention the Unilever pill which might just be available.  I didn’t want to develop the W.H.Auden look, which someone had described as being like a Xmas pudding left out in the rain.   He should have used moisturiser and have spent as much time on his skincare regime than on poetry.  He had been worth it, even if he did look more like Rango than Johnny Depp.  I hoped that Carol Ann Duffy was taking note.  She needs to look good in her lofty bardic position.  Andrew Motion did.  He was probably no stranger to E45. 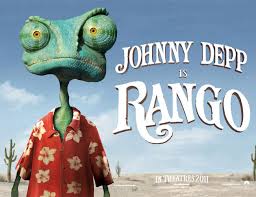 W. H.  What did the initials stand for? – I seemed to remember that it was Wystan, not Winston.  Always good to file away for the General Knowledge round of Mastermind.  Also the name of that wrinkly canine breed- Shar Pei: commit to memory.  If I don’t pass the audition to fill the black chair, I will just have to apply to Alexander Armstrong, to see if he will have me on Pointless.

Winston had had a face like a baby’s bottom, everyone used to say.  He used to smoke cigars, so it was maybe just ciggies that contributed to Auden’s complexion, or perhaps it was his personal involvement with the Age of Anxiety. 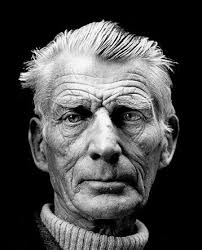 Of course, Mother Teresa and Samuel Beckett were both wrinklies. They probably wouldn’t have had the time to spend on a cleanse/ tone/ moisturise regime.  Their value was not dependent on their dermis. They were truly worth it.