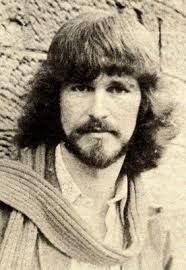 Andy Murray had failed.  It was no use John Bell of the Iona Community trying to console us with observations on how failure had formed his own, no doubt, admirable adult character, making him worthy to pontificate on Thought for the Day.

I had been in a quandary about championship allegiance.  All those swaying Saltires, of non-regulation banner size, on Henman Hill indicated that lions were rampant.  I felt sympathy for a seemingly lone Swiss flag on Centre Court, no doubt touted by a Lindt lover.

Yes, Andy had a higher pinnacle than a Toblerone to scale, but when Roger removed his shirt, I’d known that patriotism paled before such a paragon of male pulchritude.

Andy cried; his girlfriend, Kim, cried and so did his mother.  But The Duchess of Cambridge and The Rear Admirable had grinned, in spite of themselves.  Suddenly the Andy who had slammed Tsonga in the manhood region was a malleable racquet in the hands of a paradoxically maternal Lady Macbeth.  One could imagine the pre-match pep talk:

..but screw your courage to the sticking place/

And we’ll not fail.

Thankfully Judy Macbeth, sorry! – Murray- would not re-enact all that removing of nipples from boneless gums and dashing of brains on camera.  The Imperious One may have brought forth male children only – or those were the only ones we heard about – but Federer’s twins waving at Daddy didn’t diminish his masculinity, whatever their gender.

There was nothing else on telly, only The Hollow Crown, Part Two.  There was nothing remotely hollow about Roger’s victory.  Jeremy Irons seemed curiously emasculated, though, and his teeth seemed too big and affected his diction.  Maybe he has gum recession, I reflected.  Gosh, when is my next dental appointment?

I decided to turn in early to process the emotional exhaustion of seven deuces, hoping that the twins would give Daddy a good night and praying that Andy wouldn’t be given a good hiding by the Female Hawkeye.

In the cool night air my neighbours had decided to sit outside, quaffing and cackling until, at three thirty am.  I opened my window and bawled: Quiet, please, as if I was an umpire.  I had no desire for a volley; I just wanted to deliver a drop shot which would wipe them out and give me the advantage point of some necessary shut eye.  Noisy Neighbour Syndrome was nothing new, as I had learned from a radio dramatization of Pepys’ Diary on Radio 4.   The wretched man had taken to playing his flageolet outside in the wee sma’ hours, in 1664, much to his neighbours’ chagrin.  I’d never liked the man.  I dare say that they didn’t either.